Experience a retro kind of horror!

The horror genre of video games interestingly began life on the NES with the Japan-exclusive Sweet Home, which was based on a film of the same name. This game took the turn-based conventions of Dragon Quest and filled it with a ton of scares.

Sweet Home has been the source of inspiration for countless video games since then, including the Resident Evil franchise and the indie game World Of Horror. This unsettling cosmic horror retro RPG comes from developer Panstasz and publisher Ysbryd Games

In World of Horror, eldritch gods have risen from another dimension and otherworldly horrors begin their invasion of a quiet, seaside Japanese town. To combat this threat, the player must practise dark rituals, scavenge for makeshift weapons, and fight to keep their health and sanity intact. 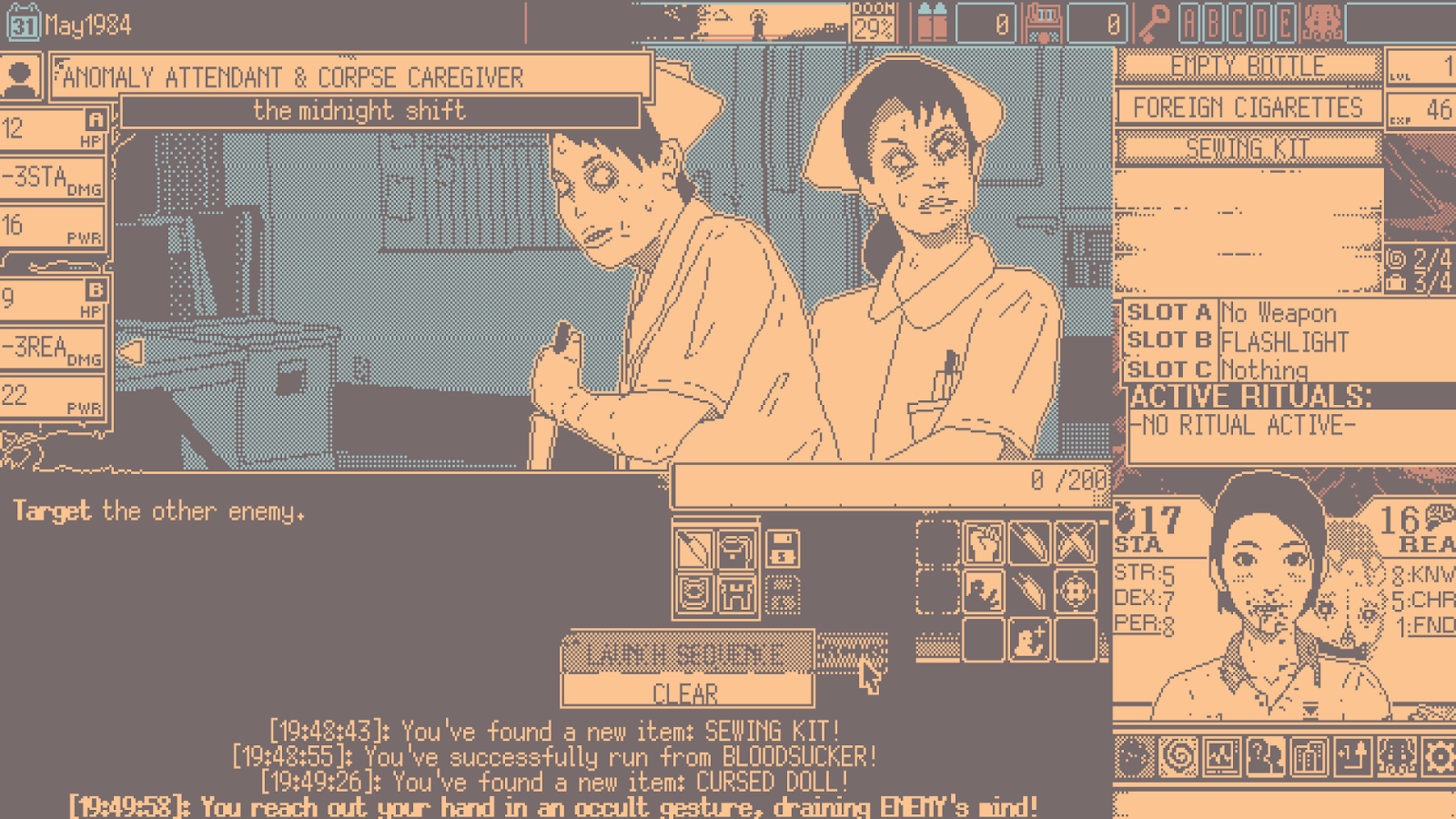 Players can choose from eleven characters and solve over sixteen mysteries that were sequentially added during the game’s Early Access period. Players will have to uncover the truth of these mysteries while surviving randomly generated encounters and turn-based combat.

The player will do battle against nightmarish figures inspired by the works of horror legends Junji Ito and H.P. Lovecraft. Invoke dark rituals, cast life-prolonging spells, and scavenge for makeshift weapons and other items crucial to survival. 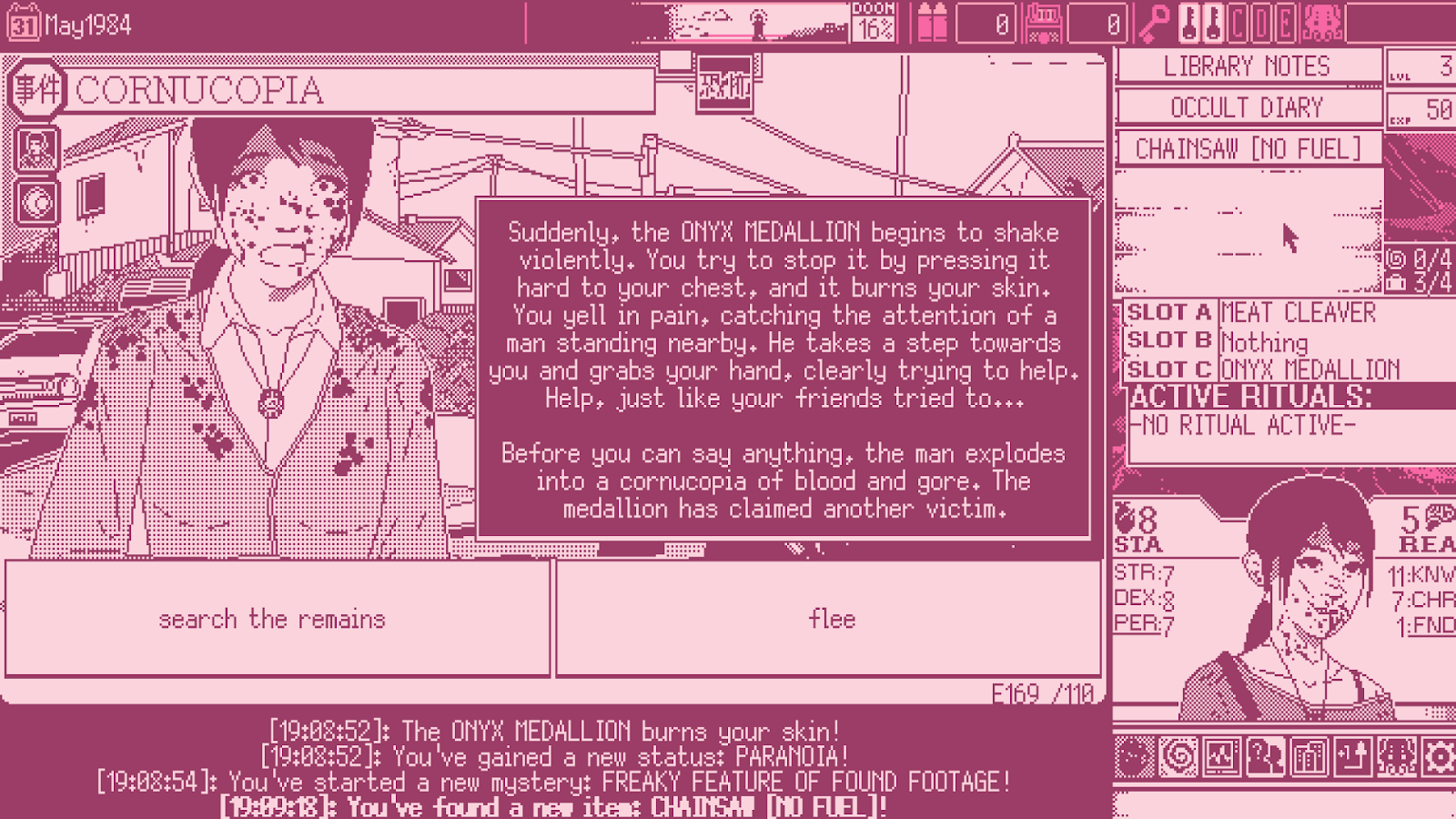 Horrors are plentiful as they are unpredictable, with each playthrough unlocking new possible events and encounters for the next attempt. Every mystery harbors multiple endings — for those that can survive that long.

The many nightmares of World of Horror are brought to life by the writing talents of critically acclaimed Malaysian horror novelist Cassandra Khaw, who complements the haunting vision of developer panstasz as they bring disturbing sights to literary life. 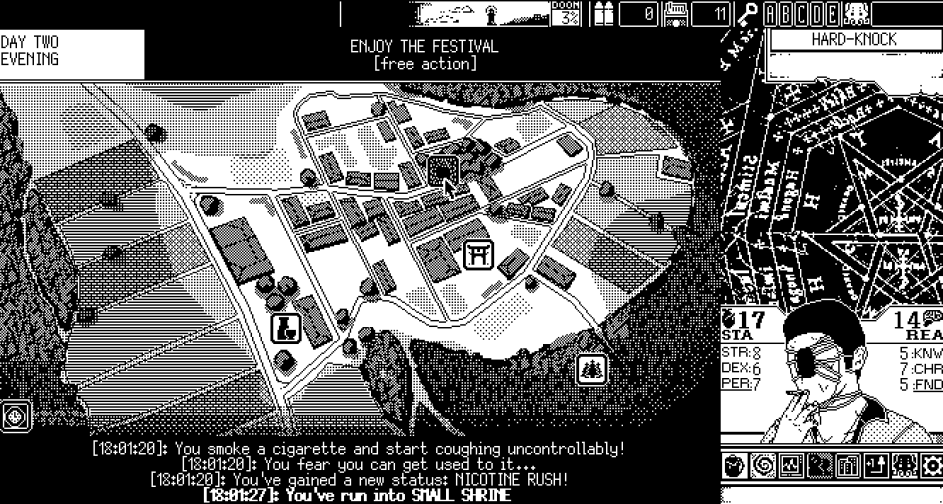 With its fuzzy, lo-fi chiptune soundtrack and a chilling 1-bit art style drawn entirely in Microsoft Paint, World of Horror evokes the hazy, unsettling nostalgia of late ‘80s computing where imagination fills in the gaps.

“World Of Horror is as much a battle with the self as with ancient evil and eldritch frights,” said founder of Panstasz, Pawel Kozminski. “Every player brave enough to face these distressing cases will unknowingly lean on their own fears — perhaps even subconscious or long-buried — to make sense of baffling, mind-bending terrors.” 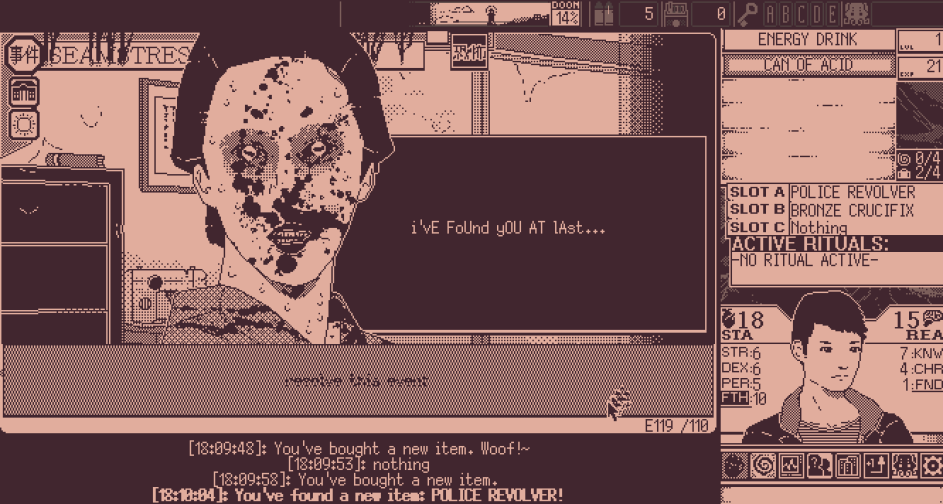 Horror fans who can’t wait to sink their teeth into World Of Horror can play it in early access on Steam, the Xbox Game Preview program for Windows 10, Xbox Game Pass for PC.

The developers have promised several new mysteries, more new characters, non-English languages, and dozens of new events in the full release that is coming in 2022 on Steam, Nintendo Switch, PlayStation 4, and Xbox Game Pass for PC.