A loyal fanbase coming together.

In conjunction with the 20th anniversary of the beloved open-world RPG “The Elder Scrolls III: Morrowind” on May 1, 2022, its fanbase is coming together to create a fan-made book and podcast series.

According to GameRant, this project is being spearheaded by DanaePlays, a passionate streamer and dedicated member of the Elder Scrolls community. Danae said she plans to gather other content creators and die-hard fans around the world to share their fond memories of the game and compile them into a digital booklet.

Danae will also be releasing a podcast series on her YouTube channel, where she will be interviewing game developers as well as artists who are deeply appreciative of Morrowind for influencing their careers.

Danae plans to release both the booklet and the podcast in May in conjunction with the game’s 20th anniversary.

Danae is not the only person trying to keep the game alive in the community. Over the years, many fans have attempted to rebuild the game and make it fun to play through the creation of mods.

Despite the game being two decades old, it still has a dedicated fandom, which speaks volumes of the game’s greatness and the major impact it has left on the gaming industry and community. 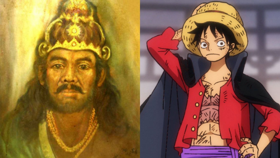