The Fist of Khonshu is here!

Marvel fans around the world are prepping themselves up for the live-action debut of Moon Knight, a fan-favourite superhero who is known for his unique approach to heroism and his dissociative identity disorder. 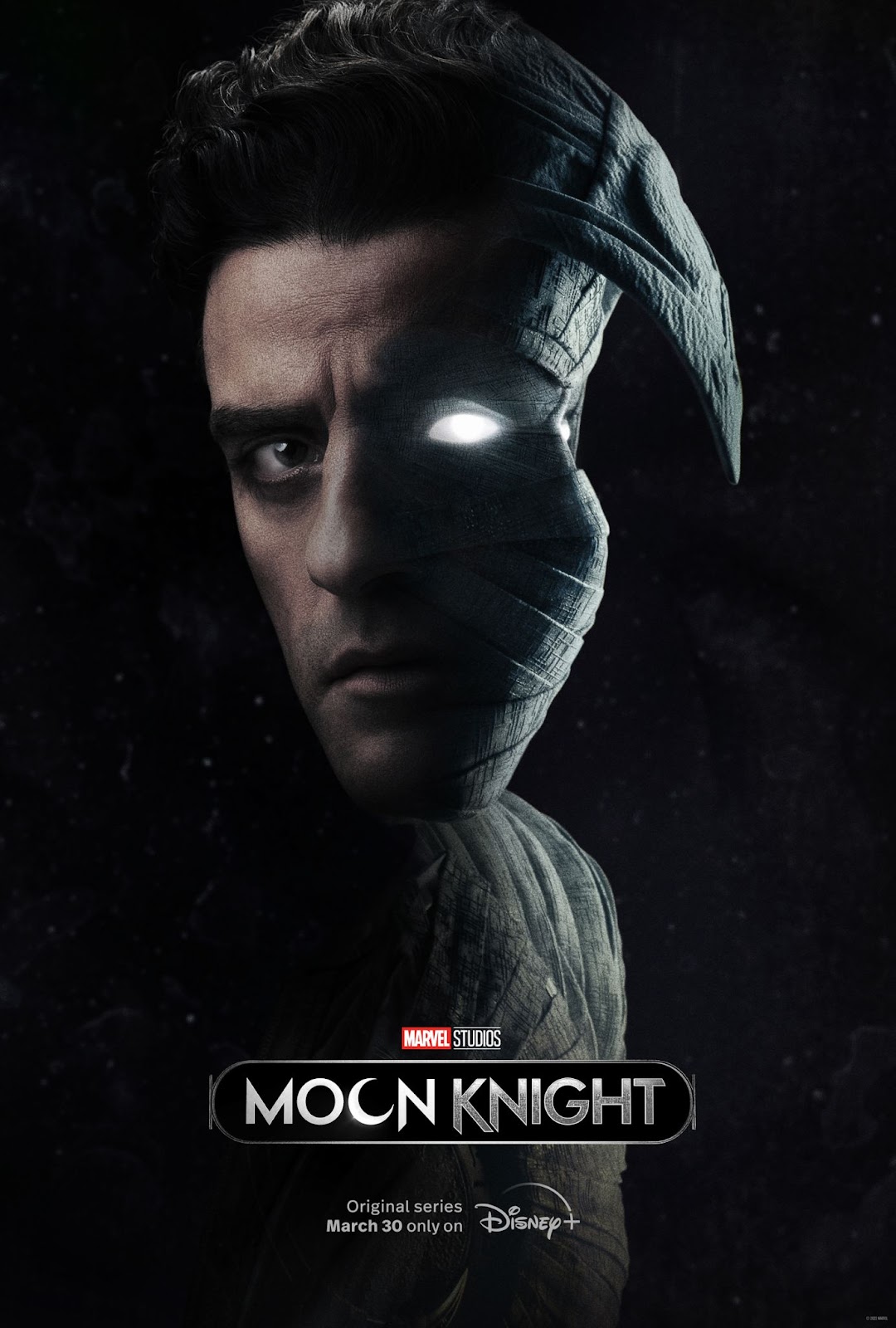 This version of the character for the Marvel Cinematic Universe is played by Oscar Isaac, who is no stranger to the Marvel Universe; he previously played Apocalypse in X-Men: Apocalypse and Spider-Man 2099 a.k.a Miguel O’Hara in Spider-Man: Into the Spider-Verse.

IGN Southeast Asia recently sat down with the illustrious actor, who spoke about how he prepared for the role of the titular Moon Knight and his two halves: the rogue mercenary Mark Spector and the feeble British everyman, Steven Grant.

You’re obviously no stranger to these big projects like Star Wars and Dune. What was different about joining the Marvel world, specifically with Moon Knight?

Oscar Isaac: It just seemed like there was a real opportunity to do something completely different, particularly in the MCU, and to really focus on this internal struggle of this character, and to use Egyptian iconography and the superhero genre and this language to talk about this real internal struggle that this person is having.

And also to create an indelible, unusual character, particularly with Steven Grant. So it felt like for me once I got a real take on how I wanted to play Steven and I brought that to everyone and they welcomed that with open arms, I also realized I had real, incredible collaborators and it was going to be a creative adventure. 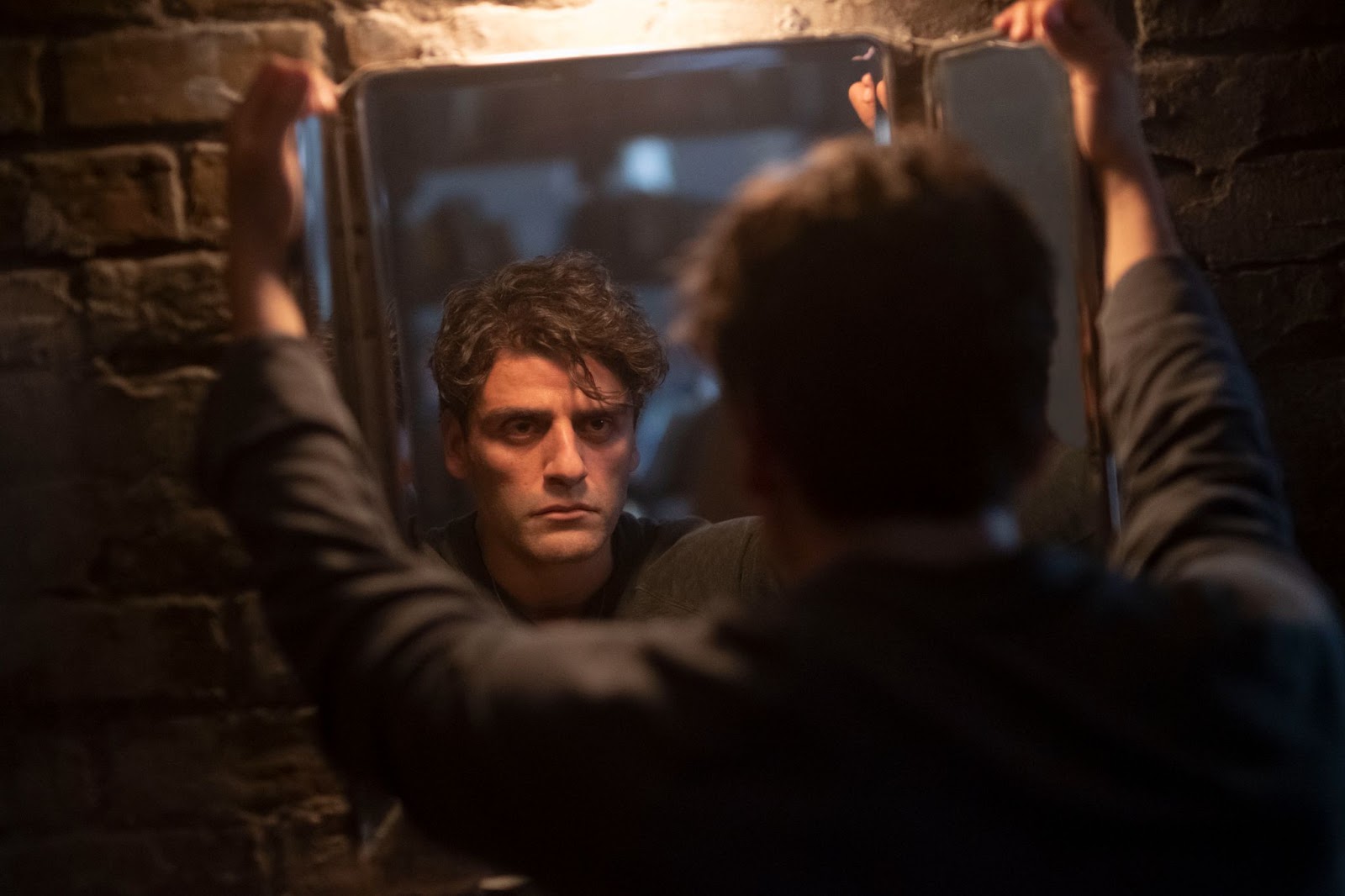 What is it that makes Marc Spector and Steven Grant different from some of the heroes we may have seen in the past?

Oscar Isaac: Well, I think the story is so “point of view”. It means that you’re just in the skin of this guy, and you’re seeing things happen. You’re experiencing it just as he’s experiencing it. So there’s something that’s terrifying about that.”

I think Steven, in particular, there’s a sense of humor there that is different from what we’ve seen. I think Marvel, in particular, has done such an amazing job at combining action and comedy in such a great way.

And then to find the counterpoint of that with Marc, in some ways leaning into a bit of the stereotype of the tortured, dark vigilante guy, but what makes him so special is that he has this little Englishman living inside of him.

As an actor, how do you want to approach those scenes where you’re basically playing a guy with two guys living inside his own head?

Oscar Isaac: Well, the first step was to hire my brother, Michael Hernandez, to come in and be the other me. That’s the closest thing to me there is on Earth. So he came in and he would play either Steven or Marc, even do the accent and everything, both accents.

So that was really helpful to have someone that’s not only a great actor but also shares my DNA to play off of. But that was something that I didn’t anticipate was how technically demanding that was going to be of having to show up and decide which character I was going to play first. And then try to block that out, give my brother notes, and then do the scene, and then switch characters, and then figure it out.

Because one of the fun, I think maybe if not the most fun thing about acting, is acting opposite somebody and letting something spontaneous happen that you didn’t expect. But there wasn’t really an opportunity to do that and still had to try to find what makes it feel spontaneous and not all planned out. So that was challenging.

How did you find the accents, specifically for Steven’s British accent?

Oscar Isaac: I don’t know, it was set in London. And when I asked why it was like the answer was we just have too many characters in New York. So let's just change it up, let's make him an expat in London. And so I was like, okay.

But then it felt like there was -- I mean, I love English humor, like The Office and Stath Lets Flats. And there's just so much of that humor that I just find so funny, and I thought there's an opportunity here to maybe make something. 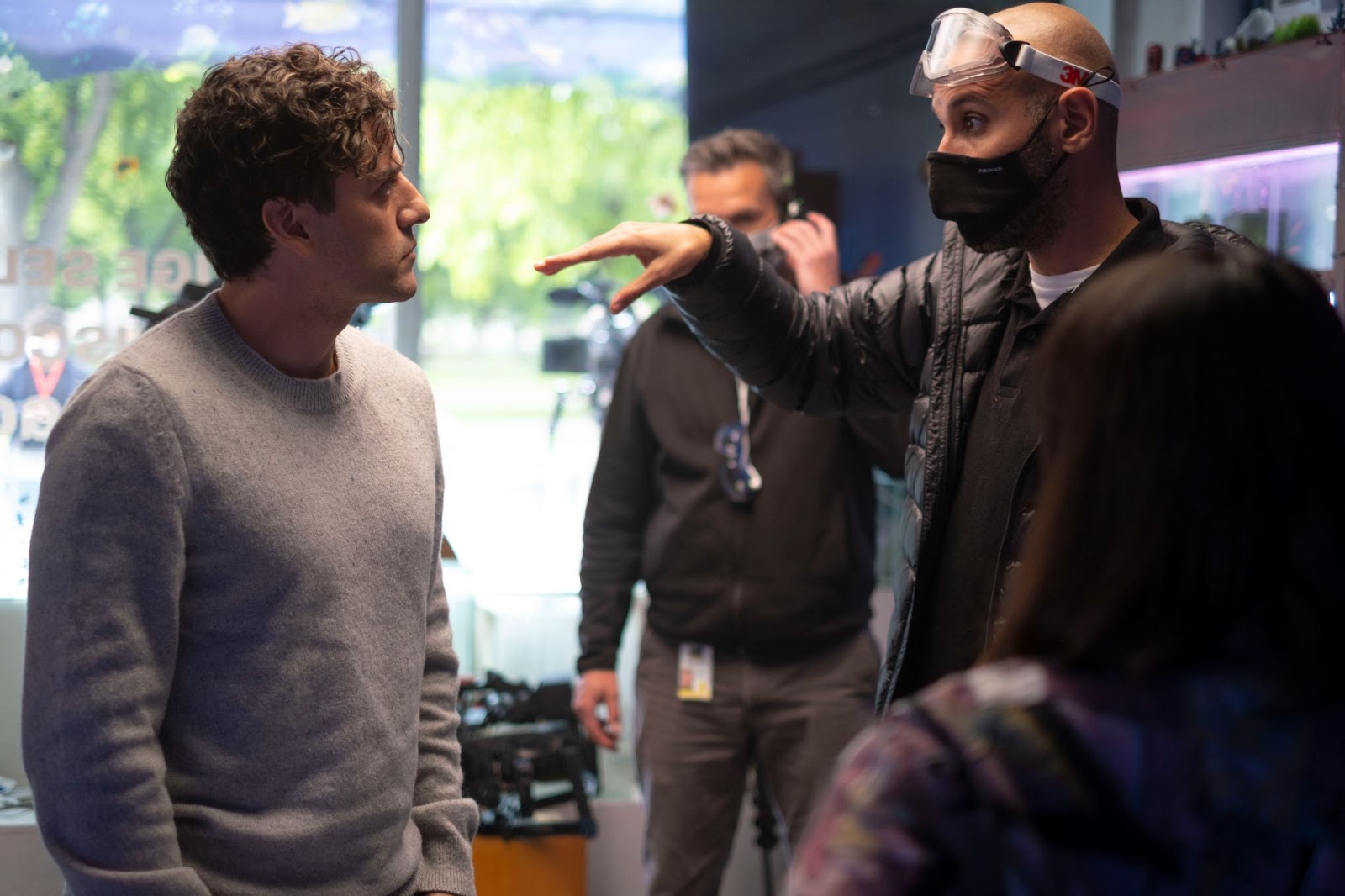 What if we make him English? What if Peter Sellers was approached with a Marvel project, what would he do? And so I started thinking about that, and that led me to Karl Pilkington from An Idiot Abroad.

And not so much for the accent but just for his sense of humor where he doesn't know -- you know, you can't tell if he knows he's being funny. And then, I thought about the Jewish community in London and where a lot of that community is from and Enfield as an area and sort of listening to accents that are northeast London.

And then just committed to that and found this guy that it wasn't just about accent, but it was also about his timidness but also wanting to connect with people but not quite knowing how. So yeah, Russell Kane was another -- is a comedian that I listened to, as well.

Moon Knight is set to debut on Disney+ on March 30.