Oda has done it again!

With how power scaling works in the world of shonen manga and anime, it is inevitable that our heroes will get so powerful that they will rival gods themselves. This has happened with the likes of Son Goku in Dragon Ball Super, where he literally becomes a Super Saiyan God and beyond. 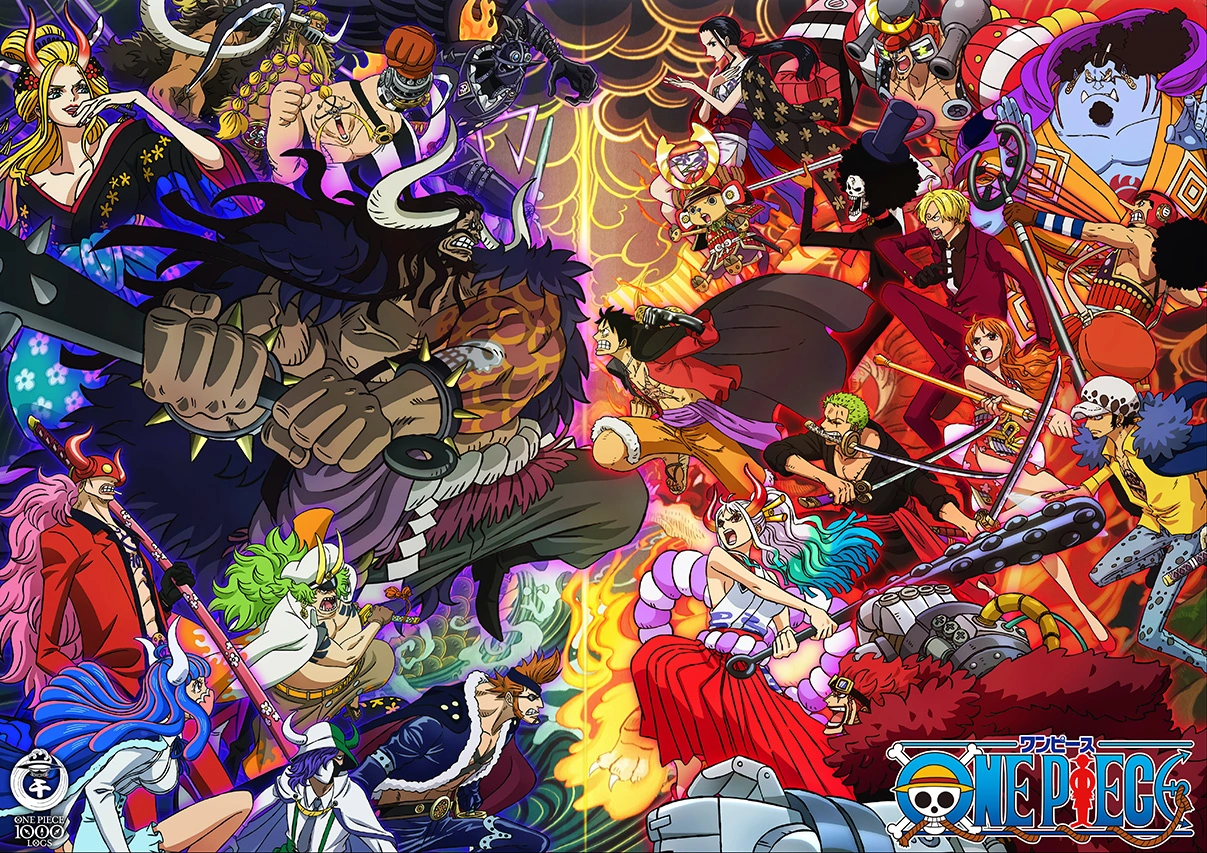 Naruto also went through his own deux ex machina of sorts in the final battle against Madara Uchiha, where he and eternal rival Sasuke were given new powers from the Sage of Six Paths, a literal god in Naruto’s world, to thwart the final bad guy.

It took a while, but after 25 years of publication, One Piece has finally reached the same heights. Protagonist Monkey D. Luffy’s latest transformation has gotten fans excited with the out-of-the-box way author Eiichiro Oda approaches the concept of godly transformation. 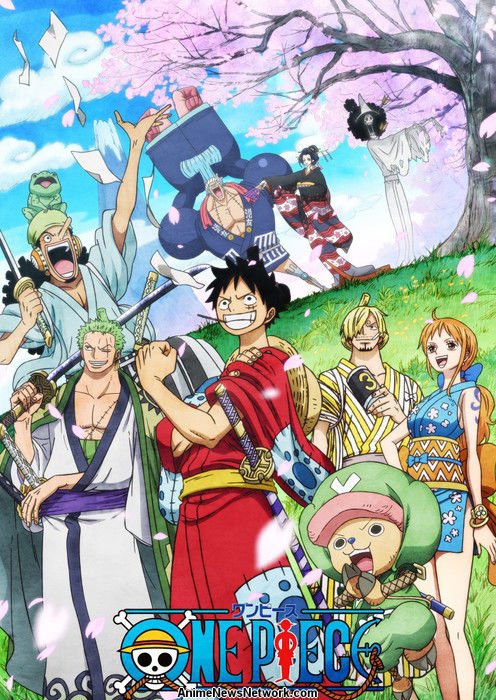 So with the last two weeks providing major revelations that change the fabric of One Piece itself as a series, let’s take a look at the influences that went into the crafting of Luffy’s latest power-up. 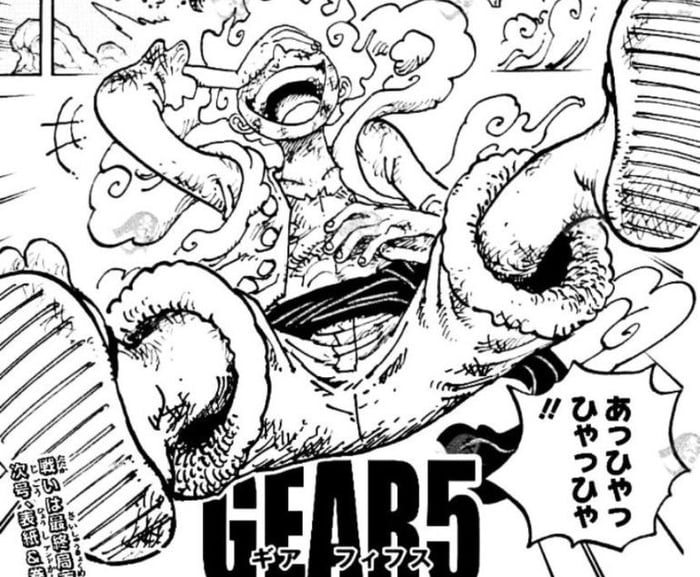 After numerous teasing and years of speculation, Luffy has finally reached a new pinnacle of power. Beginning with the speed-boosting Gear 2, the limb gigantifying Gear 3, and the absolute powerhouse of Gear 4, we now have the awakened Gear 5.

This of course comes with the revelation that Luffy’s Devil Fruit, the Gomu Gomu no Mi, is in fact not what it seems. Instead of being a Devil Fruit that grants the user rubber-based powers, the fruit is now revealed to be the Hito Hito no Mi: Model Nika. 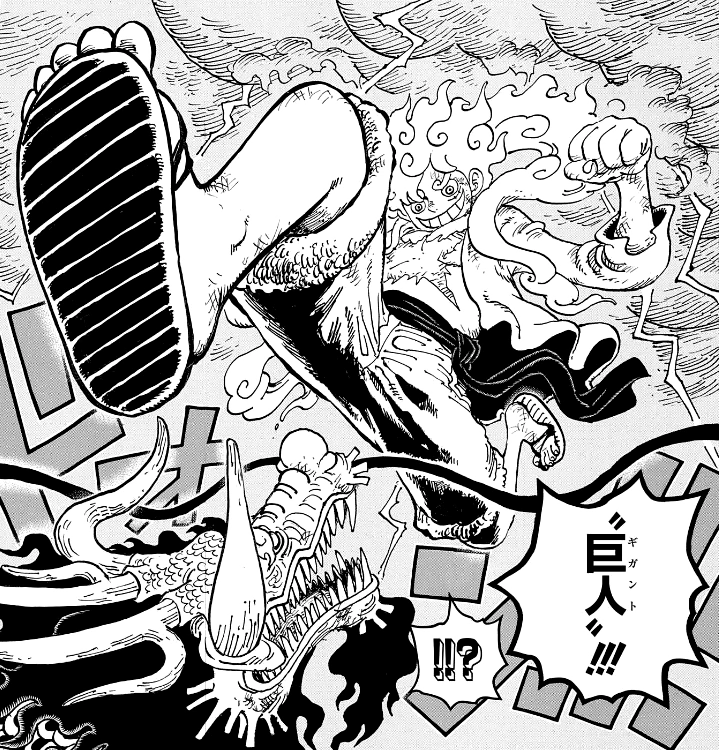 What this means is that it grants the user the power of Nika, a fictional god within the One Piece universe who is a deity that represents freedom and liberation. Luffy now not only has rubber powers but also the ability to fight to the limit of his imagination and free from any sort of martial arts or fighting forms.

With Gear 5, Luffy can turn his opponents and the environment around him into rubber, molding and weaving it to suit his needs in combat. In a homage to rubber hose animation from the 1930s, Luffy now fights like how Bugs Bunny would in classic Looney Tunes, where logic and physics don’t apply to him as he pummels his enemies. 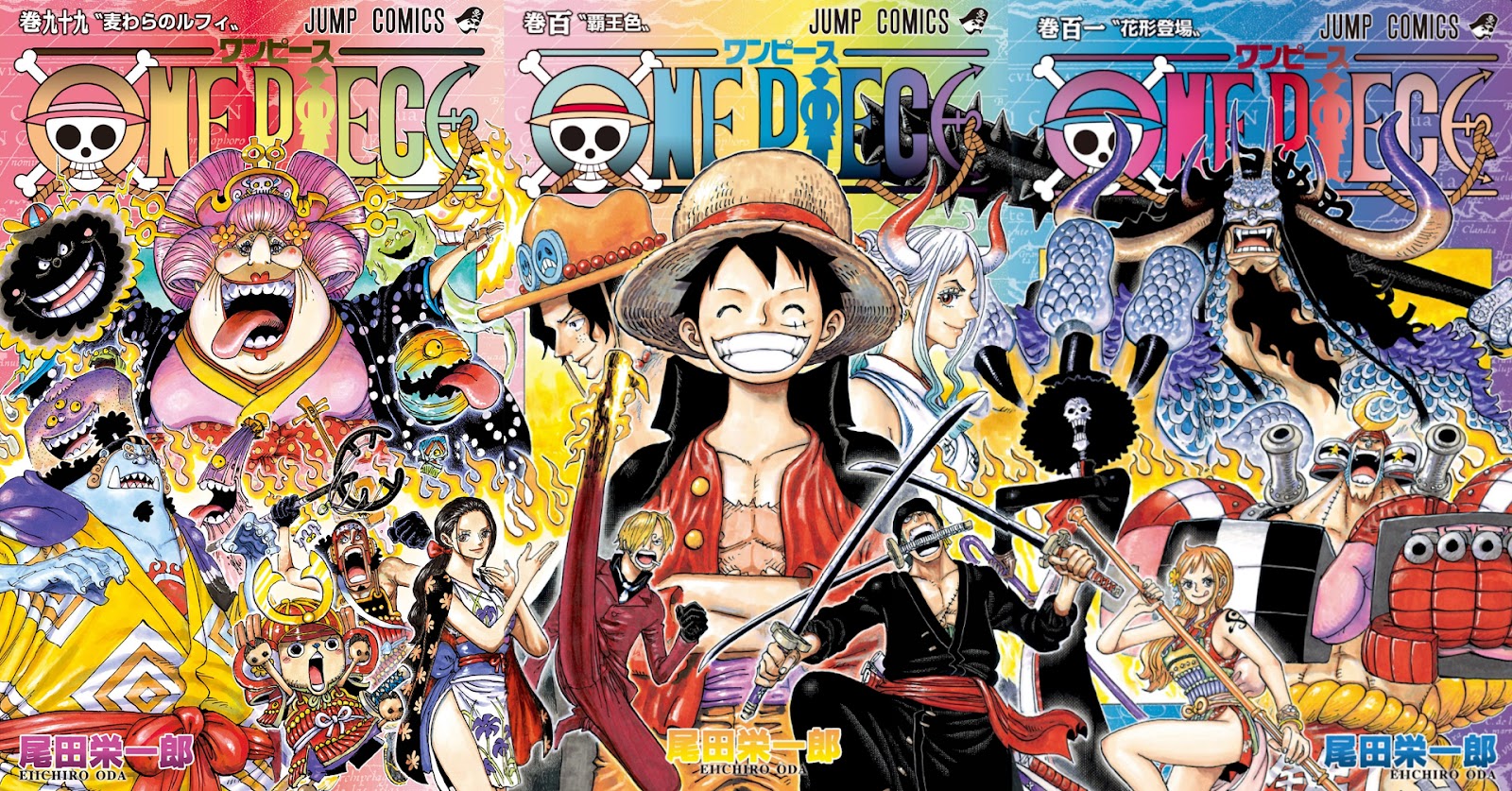 The road to Gear 5 Luffy has long been teased by series creator Eiichiro Oda, with the author sporadically showcasing the full extent of what awakened Devil Fruit users can do. Villains like Doflamingo Don Quixote and Charlotte Katakuri have both similarly shown how they can use their powers to affect the world around them.

What has been somewhat divisive is how this revelation ultimately changes Luffy’s entire powerset, going from a Mr. Fantastic-like rubber man to a destined god with powers beyond stretching his limbs into different shapes. 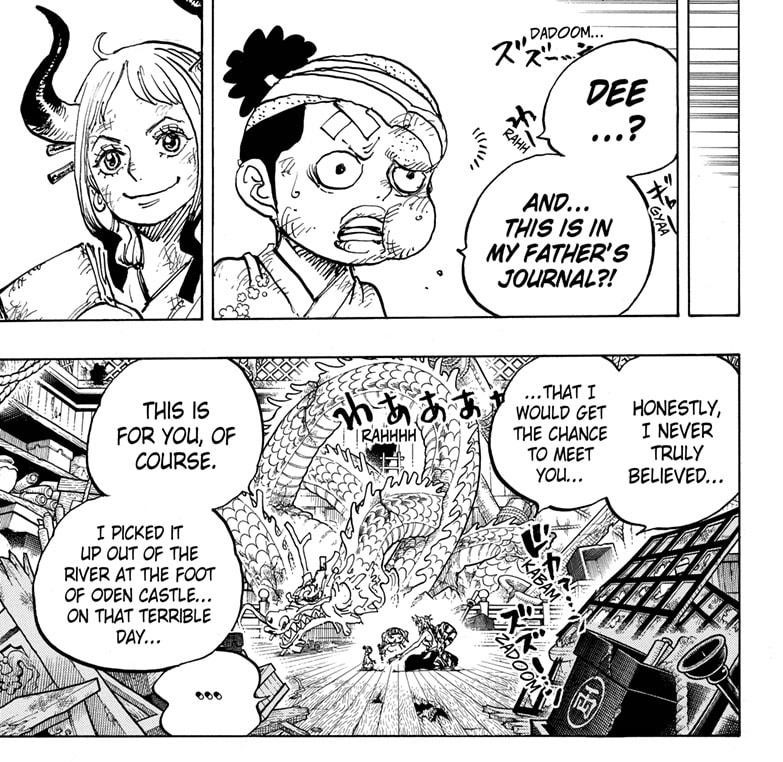 In any case, this revelation has been teased through Oda’s referencing of the classic Japanese fairy tale Momotaro. The current Wano arc of the One Piece manga and anime has had clear references to this tale in more ways than one.

The clearest of which are the analogs to the main characters of this story through the main players in Wano, with Momonosuke being an apparent reference to Momotaro himself. Momotaro is accompanied by three companions, a crane, a dog, and a monkey in the story, with the characters Marco, Yamato, and Luffy being the ones to take up these roles. 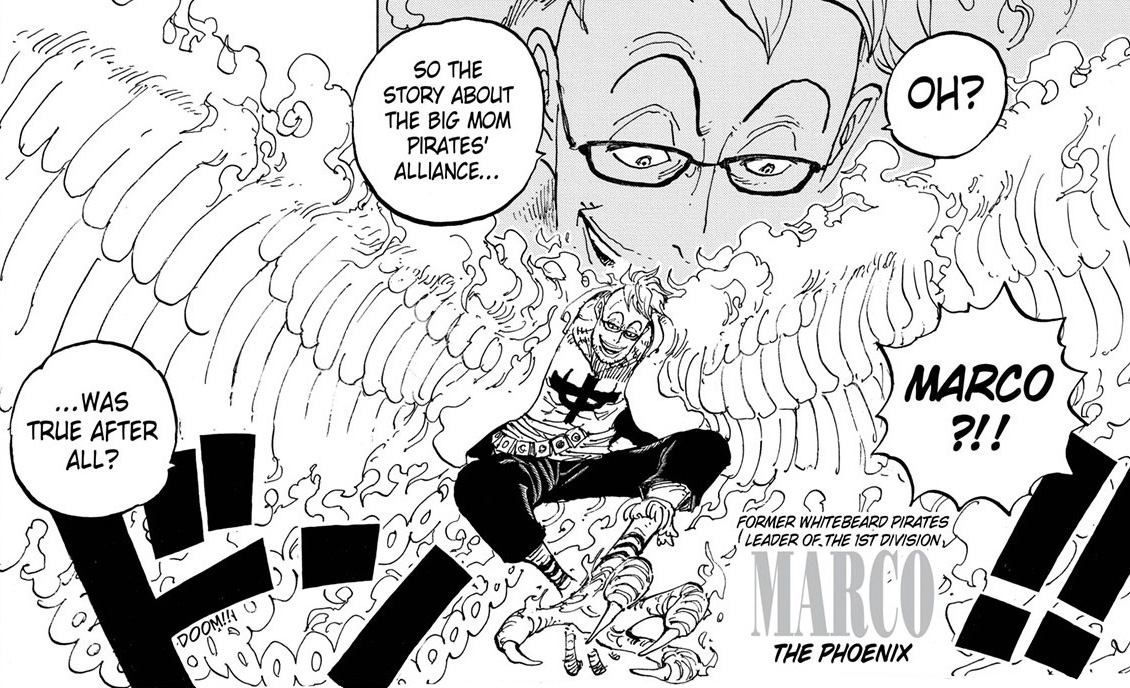 What Marco and Yamato have in common is that they possess mythical Devil Fruits that turn them into mythical creatures, in this case, a phoenix and a mythical Japanese hound. While many speculated that Luffy would be either Sun Wukong or Hanuman, the surprise revelation of him having a mythical Devil Fruit has been foreshadowed for quite some time. 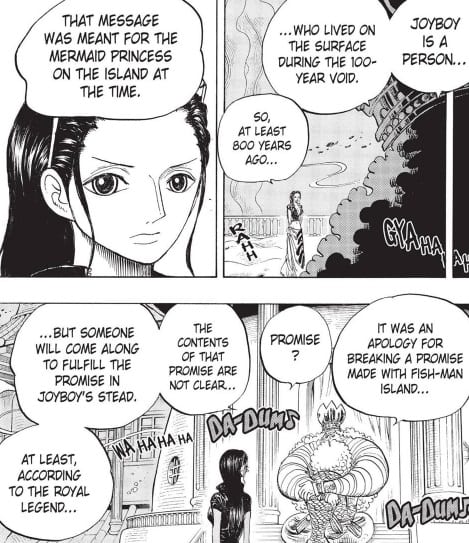 Throughout the adventures of Luffy’s crew post-time skip, where they travelled the New World, there have been murmurs of an ancient deity known as Joy Boy. This was first seen with Nico Robin’s adventures on Fishman Island, where she learns more about this ancient figure.

Slowly but surely, we learn that Joy Boy was a title held by specific figures who liberated the world, and Luffy is the latest to hold this title as he unlocks his Devil Fruit’s awakening. This cements Luffy’s destiny to shake the world’s foundation and leads them to a new age. 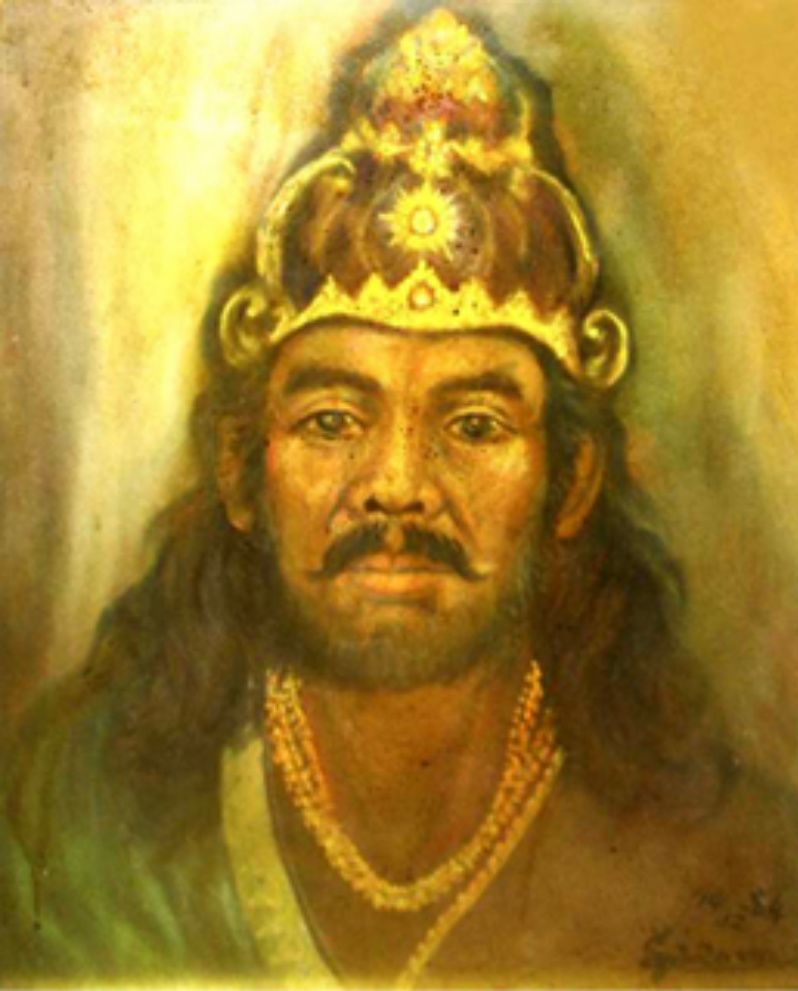 What is particularly interesting with the title of Joy Boy is the inspiration behind it. With a name as inconspicuous as Joy Boy, you might think that it bears no cultural significance, but is in fact a reference to the Javanese king Jayabaya, or Ratu Joyoboyo in Javanese.

With Oda’s penchant for wordplay and his in-depth knowledge of world history, it is almost for certain that Ratu Joyoboyo served as the inspiration for Joy Boy. Jayabaya himself is believed to be an incarnation of the god Vishnu as well as a figure of justice being born in an age of darkness to right the wrongs of the world. 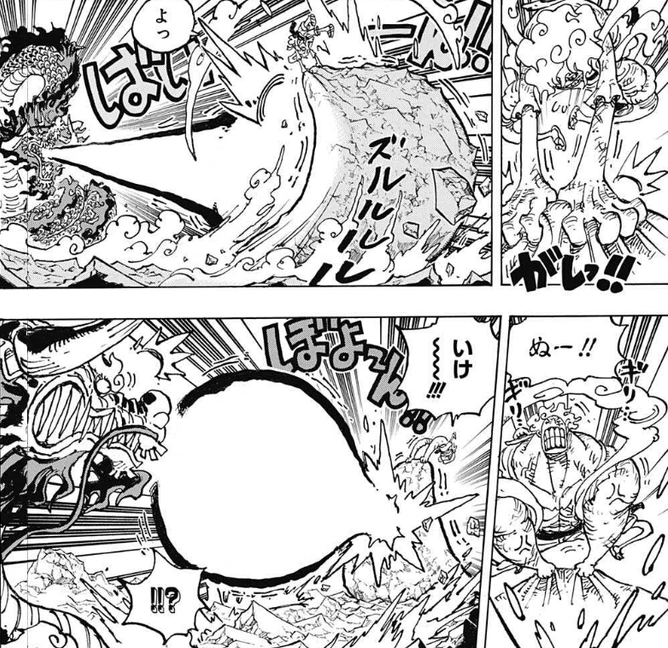 Luffy himself has been the saviour of many countries throughout his adventures, and his latest endeavours in Wano have the inhabitants of the country believing him to be the one to usher in ‘a new dawn’ for the country after twenty years of cruel leadership and wanton suffering.

The parallels to the ancient Javanese king are laid out pretty clearly throughout the more recent chapters of One Piece, and Jayabaya serves as one of the many references that go into the making of Monkey D. Luffy as a character.

We’ll see what else the future holds for Luffy and the Straw Hat Pirates as they venture further into the New World, bringing peace and liberty throughout the land as they search for the ultimate treasure, the One Piece.