Coffee Talk Goes on Sale, Proceeds to Be Donated to Late Creator’s Family

A tribute to Mohammad Fahmi Hasni.

The Southeast Asian gaming industry lost a great video game developer on Monday following the death of Mohammad Fahmi Hasni at the age of 32. His sudden passing was announced on Twitter by his sister. 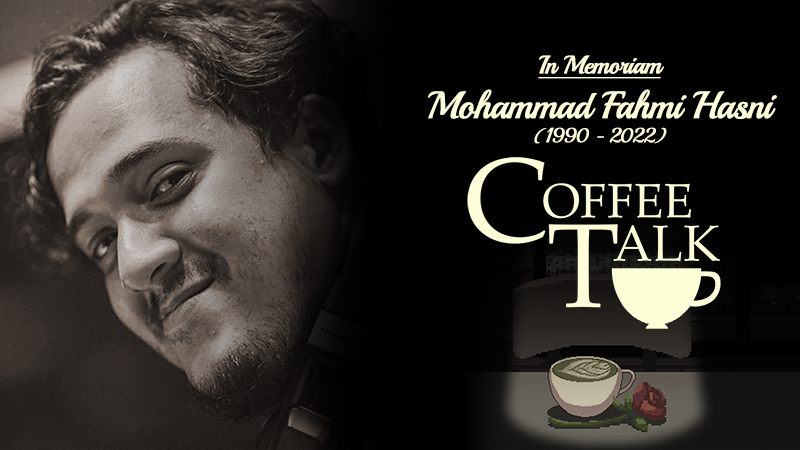 The late Indonesian creator made an impact on the regional gaming industry with Coffee Talk, a cafe simulator where players manage a coffee shop, brewing drinks for the fantastical patrons that include mermaids and astronauts.

He soon began his own games studio, Pikselnesia, and began making more narrative-based games, beginning with What Comes After, which explored the afterlife through a short adventure through a train.

Fahmi was in the midst of developing his next release, Afterlove EP, a slice-of-life tale about a musician called Rama who is overcoming the grief of losing the love of his life. Afterlove EP was slated for release in 2022.

Through his insightful and introspective narratives in his games, Fahmi has touched the lives of many around the world, as well as those who worked closely with him in the Indonesian video game industry.

We're supporting @togeproductions' fundraising for Fahmi's family through Coffee Talk. From March 31st to April 4th, all proceeds from our console versions of the game will be donated.

In honour of his passing and to provide monetary support to his family, Toge Productions and publisher Chorus Worldwide are providing a 32 per cent discount on Coffee Talk, and the proceeds from this sale will go directly to Fahmi’s family.

This was announced via an official post on Steam, which also confirmed that Fahmi’s death was due to an asthma attack. The sale began on March 31 and will continue until April 4.

Chorus Worldwide also confirming that all console sales of Coffee Talk during this period will also be donated to Fahmi’s family.

Those who are looking to contribute or gift this game to their friends and family can do so through Coffee Talk’s Steam page.
In This Article