It’s been two years of waiting to see what comes next after the incendiary Season 5 finale of Better Call Saul, "Something Unforgivable," where Lalo Salamanca (Tony Dalton) escaped Nacho Varga’s (Michael Mando) last-ditch assassination plan on behalf of Gus Fring (Giancarlo Esposito) and Kim Wexler’s (Rhea Seehorn) morals slipped ever closer to Jimmy’s (Bob Odenkirk) when she proposed bringing down Howard Hamlin (Patrick Fabian) for revenge. Season 6 picks up right where it left off, in terms of the narrative threads and the show’s masterful ability to reinvest the audience right back into everyone in Saul’s orbit to great dramatic effect. The first two hours aren’t reinventing the wheel, but cumulatively, there’s a steady pressing of the gas that this show will inevitably pay off in big ways.

Now it’s the real beginning of the end of Jimmy’s story, with the finale season of Better Call Saul broken into two parts, starting with seven brand-new episodes now, and then six final episodes in July, for a total of 13. The two-episode premiere begins well with “Wine and Roses,” written by co-creator Peter Gould, giving eagle-eyed viewers a twist on the customary black-and-white opening to every season. The series has trained us to expect a sneak peek at Jimmy’s post-Breaking Bad life under the alias of Gene Takavic of Omaha, Nebraska, but there’s a tantalizing left turn that is plenty haunting. And then it picks up right where the story left off, with Nacho literally on the run from what he did to Lalo in Mexico, Kim starting her post-Schweikart and Cokely career as a public defender, and Jimmy continuing to build the Saul Goodman phase of his legal career. 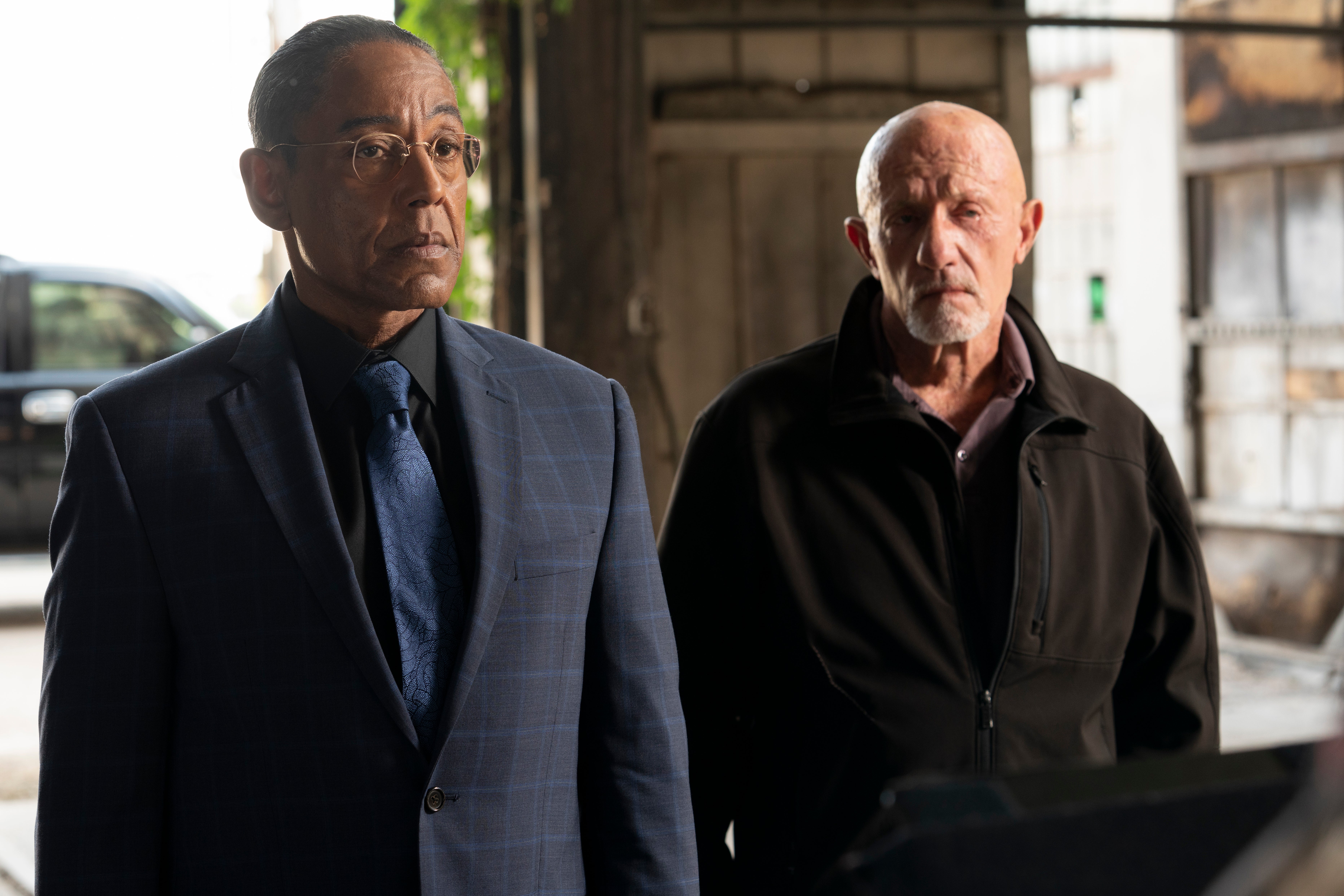 IGN's David Griffin gave the Season 5 finale of Better Call Saul a 9/10, writing that it "ends its penultimate season with a thrilling showdown between Lalo and Nacho." "Peter Gould's stellar direction leads to some really cool camera shots, which heighten the action and suspense as Lalo fights for his life. Back in Albuquerque, Kim's surprising transformation from Jimmy's moral foundation to the instigator is a surprising twist that should lead to an entertaining final season." Read the full review here.

Overall, there’s a groundwork feel to the first episode, which is something the series does so well. Jimmy and Kim spend time staking out Howard for her plan to get the slow-as-molasses Sandpiper deal to come to a close, while Lalo does the rounds to establish who worked him over in his own compound. The masters are at play, observing the chess board, the moves they could make, and how all of their choices could play out. It’s still absorbing to watch, especially the way this cast prowls their various playing fields.

It’s in the second episode, “Carrot and Stick,” that the machinations move forward. As directed by co-creator Vince Gilligan and written by Thomas Schnauz & Ariel Levine, Jimmy’s past, present, and the future we know from Breaking Bad continue to inch towards one another in satisfying ways. Jimmy’s always been a man who can see the big picture but can also harness the power of the immediate grift. The show honors that with what he’s planning with Kim. In determining Howard’s current weak spots, there are callbacks from the mythology that are too delicious to spoil. But more importantly, they serve to show where Jimmy is now as a person as he’s on the cusp of immersing himself in all things Saul. And that’s a perfect counterpoint to  Kim’s transition into the Machiavellian baller she’s decided to unleash into the world. We’ve always known she’s just as clever as Jimmy, but now she’s gaining the street smarts that her paramour has been learning since his youth. She’s a keen mentee with an increasingly gray moral compass that Jimmy (and us, the audience at home) isn’t sure that he should encourage, or maybe just back away from slowly. Watching Odenkirk and Seehorn inhabit their characters’ strangely distant yet loving dance again is always a joy as these two actors bring to life one of the oddest pairs to connect and repel one another.

As for the bigger drug cartel storyline that will also subsume Jimmy’s life and career, this episode ratchets up the ticking clock for Nacho, who is squeezed between the Salamanca’s and Gus Fring’s desires. In his heart, he’s still just a guy trying to protect his dad from the troublesome company he keeps, but the neutrality is now gone. To survive, he’s going to have to resort to the same tactics that the two rival factions are using to ferret him out and it certainly brings the character to a place of more proactive decisions. Meanwhile, Mike Ehrmantraut (Jonathan Banks) continues to try to be the secret guardian angel for Nacho, using every trick at his disposal to keep the kid out of the body bag he knows is most likely his destiny.

Despite the long time between seasons, the writers, directors, and cast don't skip a beat.

Viewed together, the episodes are a dynamic return for Better Call Saul. Despite the long time between seasons, the writers, directors, and cast don’t skip a beat in bringing us back into the intrigues, both lighter on the legal side and deadly serious on the drug side. The show constantly tests our allegiances all around as the players do terrible or thoughtless things, and we watch the payback for everything play out with sometimes terrifying and sometimes satisfying results. And even though we know the outcome for some of the players in the Breaking Bad world, the dangled carrot of what happens to Jimmy, Kim, and several others in the Saul cast remains just as compelling a reason to see this story through to the bitter end.

Better Call Saul is the prequel to the award-winning series Breaking Bad. The series is set six years before Saul Goodman (Bob Odenkirk) meets Walter White. When we meet him, the man who will become Saul Goodman is known as Jimmy McGill, a small-time lawyer searching for his destiny, and, more immediately, hustling to make ends meet. Working alongside, and, often, against Jimmy, is "fixer" Mike Erhmantraut (Jonathan Banks).

Great
A spin-off of the hit series Breaking Bad, Better Call Saul is a prequel storyline one-hour prequel that will focus on the evolution of the popular Saul Goodman character before he ever became Walter White’s lawyer.