Aztech Forgotten Gods is a Hidden Gem with Some Rough Edges

A diamond in the rough for sure!

The landscape of modern indie games is so diverse and engaging these days, with creators all over the world able to create their own worlds and unique mechanics, based on their unique cultural backgrounds.

One of the most promising indie games that truly presents a world unseen is Aztech Forgotten Gods by Mexican developers Lienzo. The game’s setting takes place in a futuristic Aztec Empire that is free from European influence 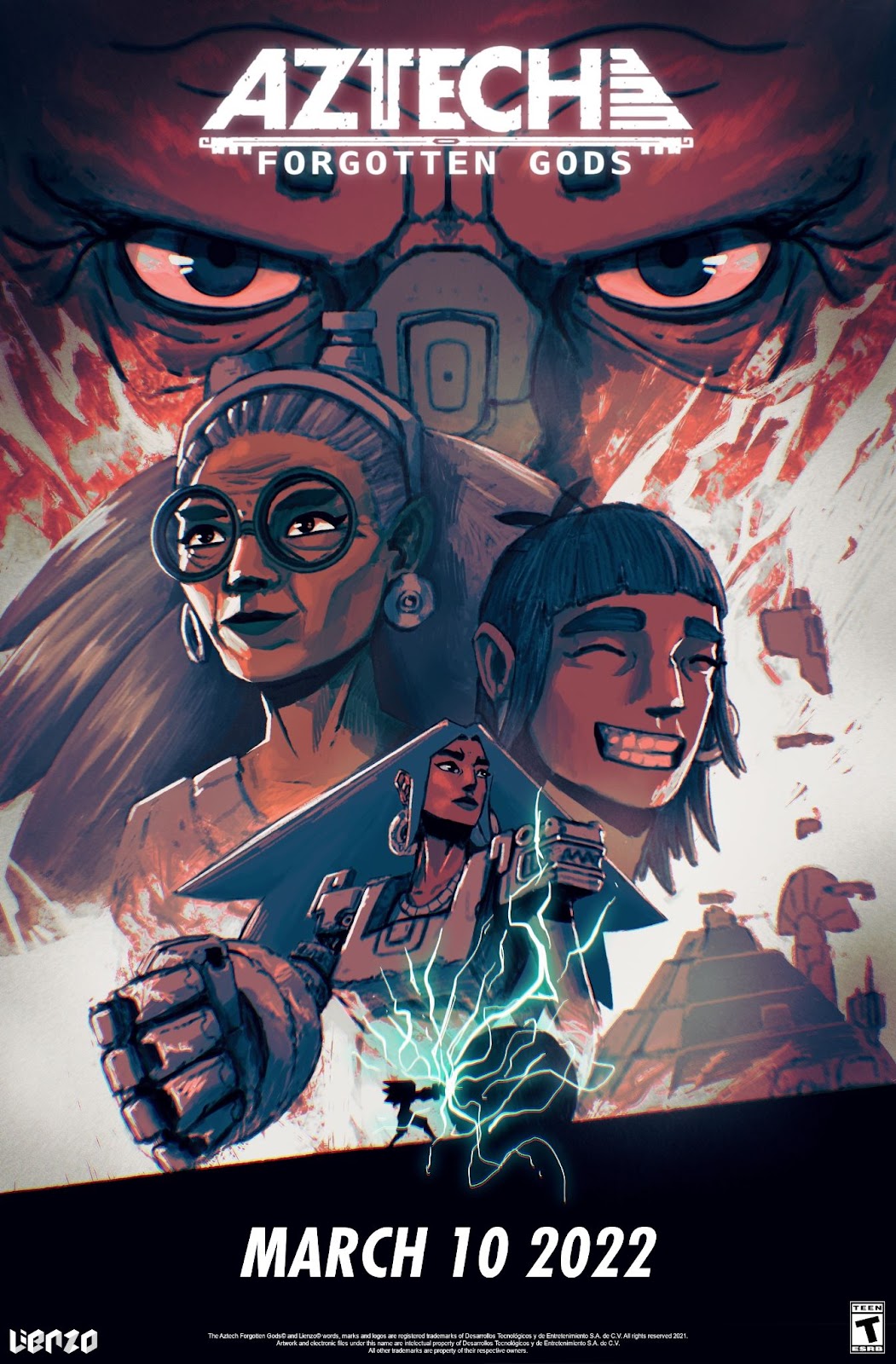 So is Aztech Forgotten Gods a triumph for these up-and-coming developers or does it falter in its execution? Let’s find out. Taking place in the city of Tenochtitlan, Aztech Forgotten Gods portrays a world where the Aztec people advanced exponentially through wondrous technological and scientific progress. But of course, this also brought about some unexpected dangers lurking in the shadows.

Players assume the role of Achtli, a spirited young woman, who comes into possession of a massive gauntlet called Lightkeeper after an archeological dig with her mother. This also awakens the titular forgotten gods, with players having to put a stop to their rampage. To battle these massive monsters, players must use the mighty powers of Lightkeeper, to engage in high-speed sky battles as well as propel Achtli all across the city. This is where the clear Dragon Ball Z influences come in, which is pretty awesome to see in action. In between tackling the massive bosses, in a manner similar to Shadow of the Colossus, players can explore the main hub world. This massive city hides some combat and traversal challenges that can earn the player new upgrades and cosmetics.

Achtli is already mobile and powerful from the get-go, but by the end of the game, players can fly and smash their way across the city with no problem at all. The high-octane action may need some time to get used to, but it will be intuitive once you get the hang of it. The game’s art style is also a high point, with the hub world looking vast and futuristic even when you’re flying high in the sky. Achtli also has more than a handful of unlockable costumes, which is a really great incentive to collect the in-game currency. 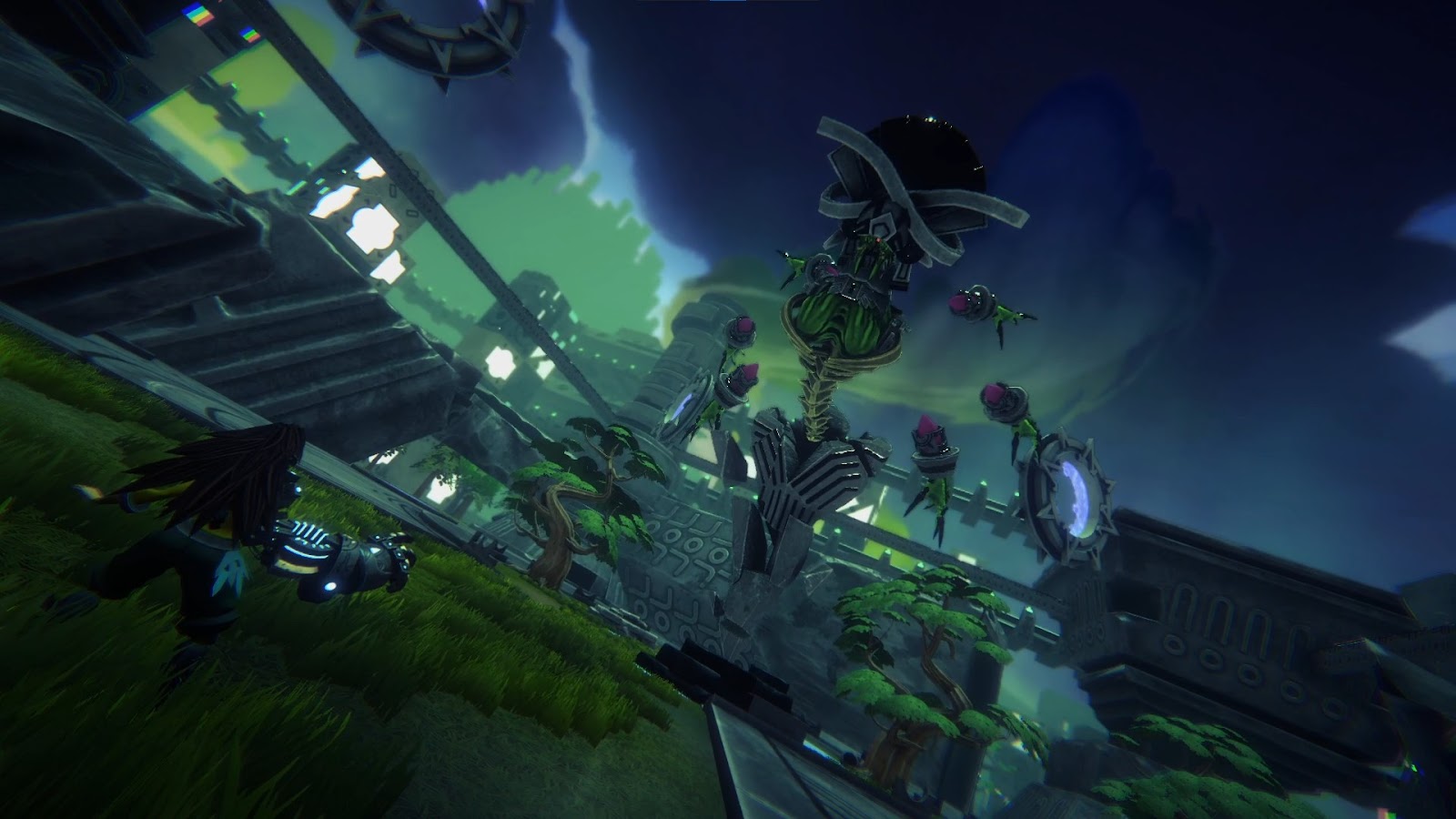 While combat is easy enough as Achtli automatically locks on to enemies, the camera isn’t the best at coordinating with the player’s actions. As players fly around, the camera will be somewhat uncooperative and can make players miss attacks against bosses.

There’s also the issue with the game’s lighting, as things can look really flat with how the world and characters are shaded in-engine. It can be a damper to the game’s already great art style, making things look dull, almost like an early PlayStation 2 game.

This is a little disappointing, as there aren’t as many indie games that fully commit to a fully 3D world and aesthetic. The closest thing we can compare to Aztech Forgotten Gods’ scope is the Malaysian game No Straight Roads, with the two games having a lot in common with their game design, art style, and scope.