Bandai Namco seems to be kicking things into high gear lately with their latest output of action RPGs like Scarlet Nexus, Tales of Arise and Elden Ring being some of their best games yet. With the latter being a collaboration with Game of Thrones writer George RR Martin, it seems the company is seeking a new partnership with an equally acclaimed author.

Brandon Sanderson, the fantasy author known for his Mistborn series of novels who is also known for completing Robert Jordan's The Wheel of Time series after Jordan’s passing, has revealed that he was approached by Bandai Namco for a potential collaboration.

In a recent live stream podcast on the author’s official YouTube channel, Sanderson unboxed an Elden Ring package from Bandai Namco, which came with all sorts of merchandise like a sword and cloak, as well as a note from the notable games publisher. 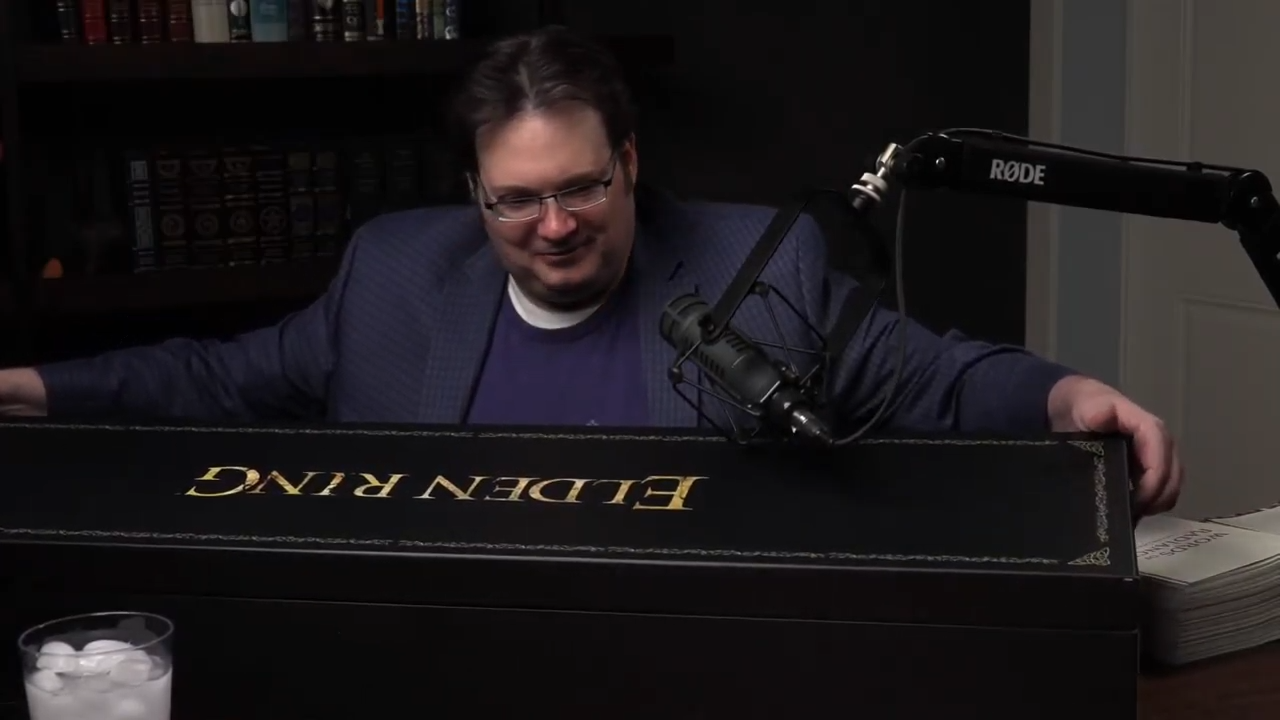 The note from Bandai Namco expressed interest in a collaboration with Sanderson, which the author recipocrated by expressing interest in working with the company. Sanderson also said he has a pitch ready for a game in the same vein of Dark Souls and Bloodborne.

In a world of secretive business dealings, it is refreshing to see a very candid and transparent announcement of these collaborations happening in real-time, especially at such an early stage.

So what could a Brandon Sanderson-made soulslike look like? Well, one thing Sanderson is well known for is his Laws of Magic, a breakdown of hard and soft magic systems seen in the world of fiction.

Whether it is The Force in Star Wars or the elemental bending in Avatar The Last Airbender, these magic systems can be seen as either soft or hard magic systems, depending on whether they adhere to Sanderson’s three Laws of Magic.

It is a great way to differentiate how much a magic or power system within a work of fiction can contribute to or determine a plot of a body of work, especially in regards to how much the magic system is explained or integral to the fictional world at hand.

Needless to say, considering how Sanderson is adept at weaving and creating interesting stories with tons of magic, we hope that the author gets to create a truly magic-focused soulslike, like Elden Ring meets Forspoken or Spellbreak.